In the past years, I found myself in need of some program that allows me to take notes just to remember things or to store some thoughts I have in that specific moment. When I was younger, I never minded too much where I wrote those notes. I thought that just the fact I wrote them would be enough to remember them, silly me…

Since I realized that I couldn’t remember everything I wanted to, I’ve started searching for a tool that could help me, so my journey began.

I’ve started, as many of us began to, using Evernote. For three to four years, the problem was solved:

I was writing something every day without caring too much about the organization. I added tags that seemed relevant or collecting it in a new notebook if all the note was related to a particular project, but nothing more.

Anyway, the more I used Evernote, the more I felt I lost control of my notes. Every time I needed something, a search always helped me, but it hid a bigger problem. I had to search for something!

After a thoughtful reflection, I switched, and again, as many more before me, I’ve changed to Notion. Soon I thought that I arrived, now I can connect everything. Every note has its own place; they can be linked together. I can visualize them as a table, list, card, and many other types of views, and … I get lost in all of that.

Nonetheless, I’ve started diligently to care for every note, assigning the correct tags and metadata. All was organized and in its own place, but again I lacked something and didn’t know what.

Another couple of years or so passed, and we arrive almost at the present time.

Recently I’ve started reading more “useful” books rather than just fantasy, sci-fi, and novel in general. I come across How to Take Smart Notes (Sönke Ahrens) that let me discover the Zettelkasten method.

This discovery changed my way of taking notes; this is what I was missing during all these years! If I think it now, I needed a way to link notes between them and quickly found them throughout these relations.

A new journey begins! Now I need to find software that allows me to properly implement the Zettelkasten method. To be fair, Notion is a good choice for sure, but it doesn’t suit me. I need something more minimal I don’t want to get lost in all those features.

During the first searches, I come across Roam Research but 15 $ / month (without committing for more time) for a note-taking app is a bit too much right now. After some more googling, I’ve found Foam, great! A note-taking app that works in Visual Studio Code, with all my extensions, and I can keep my notes on a private repo on GitHub. What could I ask more?!

I’ve used Foam for some months, at first, it was really great, the graph view is so valuable, I’ve spent quite some time in it and tried to organize my notes so that they were always linked with something else. You never know when a link can guide you to an idea or a new discovery.

Everything was great until I decided to organize my notes in folders. Technically you don’t need folders; with the link system, you can have everything in one place without getting lost, but I wanted them anyway. After organizing my notes in folders, I had to update the links. Creating new notes in that folder led to link outside of it that led to duplicated files of some notes that led to a little mess in my filesystem. Those problems should be solved right now, but the magic, for me, was broken Foam is cool, but it tries to use VSCode for something that is not built for or at least not entirely.

Aaand I’m lost again, so I talked to the future me:

You’re not going to buy new games every month and let them rot in your Steam library; we’re going to spent 15$/month on Roam!

Once again, I’ve started with the goal; this will be my “Second Brain” I’ll feed him so well that it will throw back at me ideas at a rate I can not keep up. Note, link, note, link, another link, link everything!! muahahahah!!

I get it; with the link system, you can link even the single point of a note, you can move them around, reorder them, bullet points are great, but is not what I’m looking for.

Finally, we’re at the end of this journey.

Obsidian.md I genuinely think that is my endgame note-taking system. Has everything Foam has but without tricks, this has been created with this specific purpose in mind. It has everything that Roam has but with more than bullet-point lists, and if something is missing, there is probably a plugin or someone is working on a plugin for it. It is less cluttered, with features than Notion, and now I can focus on “just” writing notes. 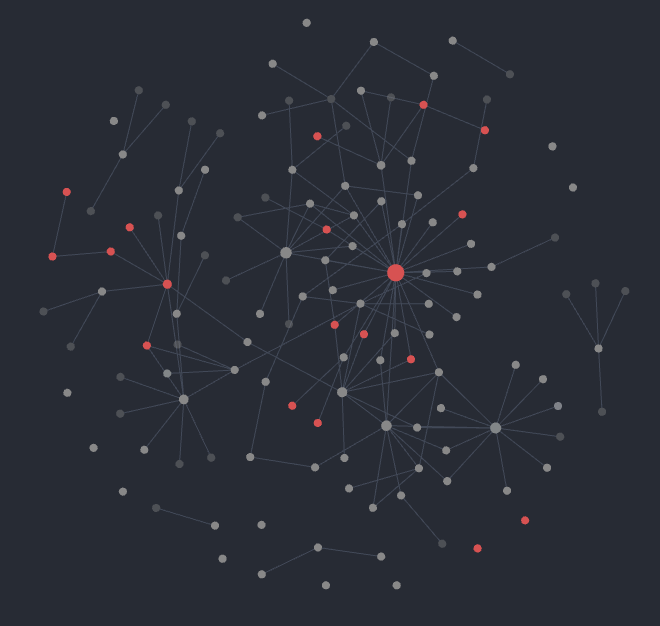 My graph is still tiny, but I haven’t imported all the notes I have scattered around yet; these are just a couple of weeks. I will gradually bring my notes here and improve my new “Second Brain”.

I’ve also started working on a plugin for Obsidian, liquid-templates; it allows you to write templates with LiquidJS tags support if you want to know more, stick around.

…you read it all?? I’m sorry, you find me short on potatoes, so…YOU’RE BREATHTAKING!!!